Garden DesignFest held its 6th annual open garden weekend this November and several of the Normark staff attended four of the twenty eight gardens that were featured throughout Melbourne which displayed some of the state’s most acclaimed garden designers.

“It was great to see the resourceful ways that such large areas were treated and how vistas were created that took advantage of the surrounding natural environment and the constructed elements such as stone walling, timber structures and a variety of water features were designed to enhance these spaces. Rotary are planning to host next year’s Garden DesignFest in Auckland which should provide an interesting contrast.”

The gardens visited were the Robert Boyle’s gardens at Shoreham, Moorooduc and Merricks and the Rick Eckersley garden in Flinders. 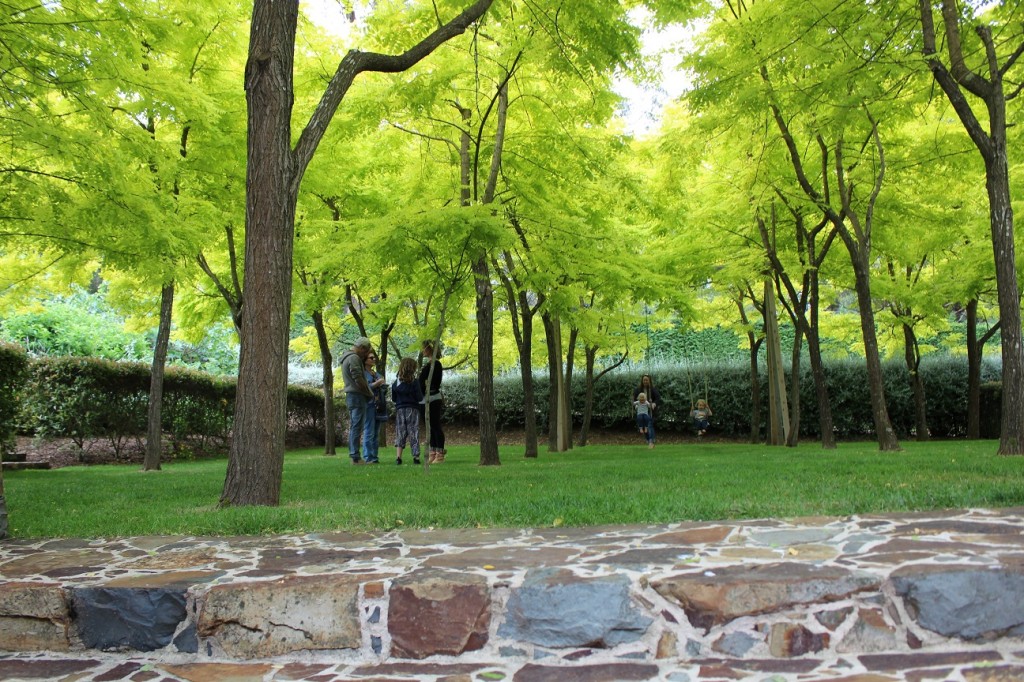 Robert Boyle’s garden at Shoreham above.

The Rick Eckersley Garden in Flinders was a highlight for all.

Musk Cottage, a 10 acre property in Flinders, was originally laid out as a trimmed English Garden and Eckersley and his team have created something uniquely Australian.

Blake, Normark’s Domestic Manager, enjoyed a guided tour of the Musk Farm garden from Scott Leung, principal designer at Eckersley Garden Architecture. Scott was involved all the way throughout the 6 year construction process. 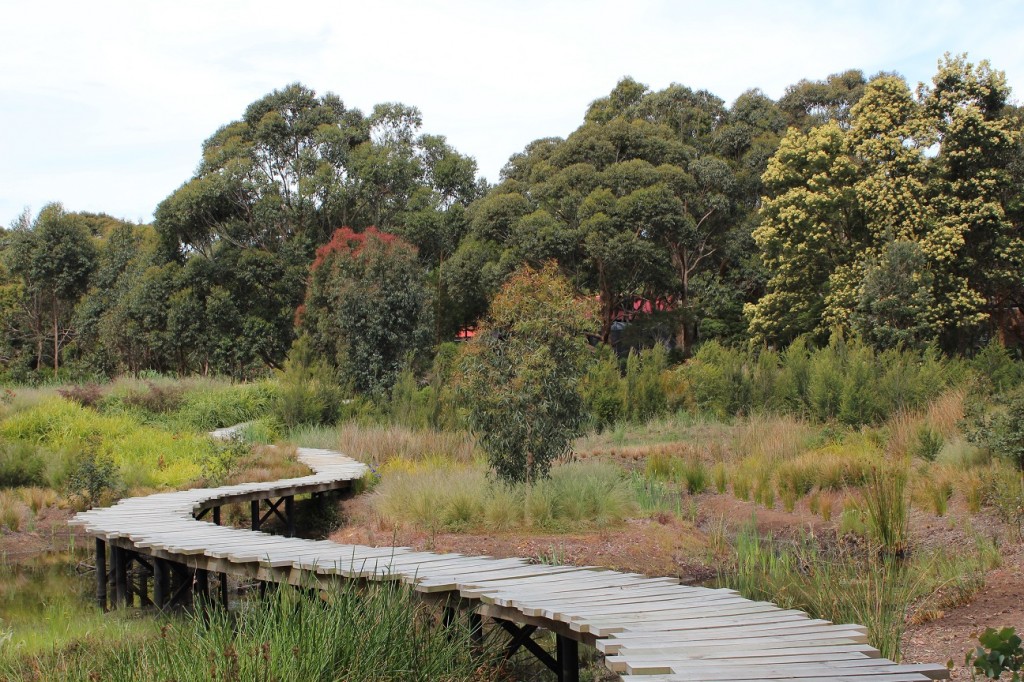 Blake enjoyed seeing this garden in particular, as someone who works with Eckersley Garden Architecture in constructing their creative designs, “It’s a real treat to see the results of a Rick Eckersley garden designed without client scope restrictions. The gravel paths guide you on a well considered journey through the garden from one space to the next.

The foliage colour palette of soft greens, greys and browns provide a relaxed rustic feel with all kinds of expressive art features cleverly placed throughout to provide points of interest.

The main cottage deck (below) is the piece de resistance, an amazing elevated view of the main pond and greater landscape.”

“The gravel tennis court (below) was a favourite of mine as it sat in the natural landscape really well, just like the rest of the garden, it was as though it just naturally belonged.” 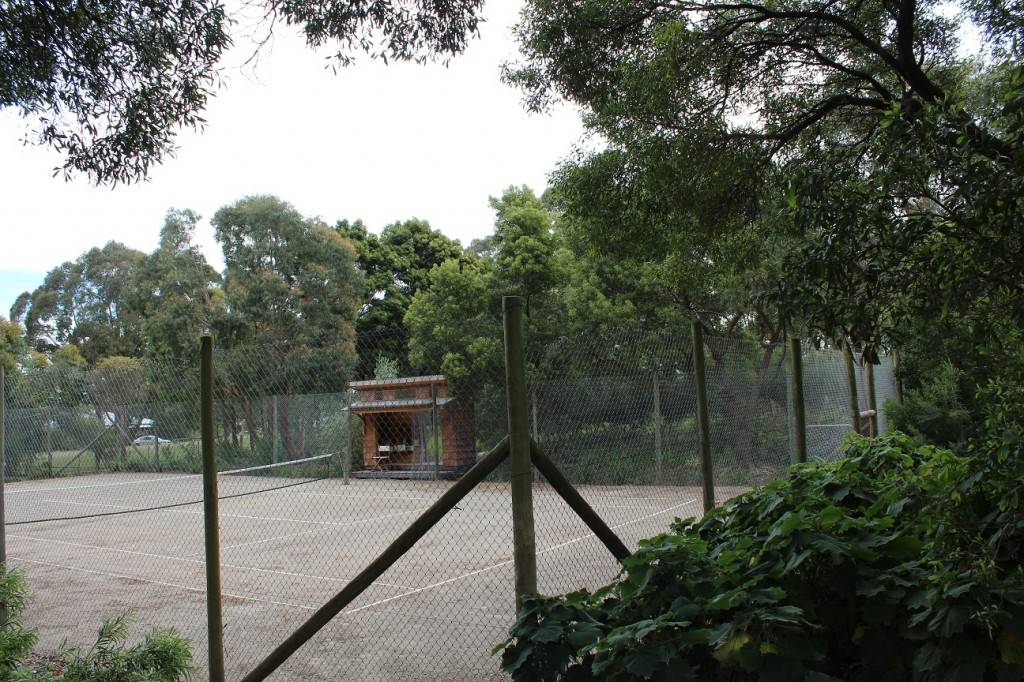 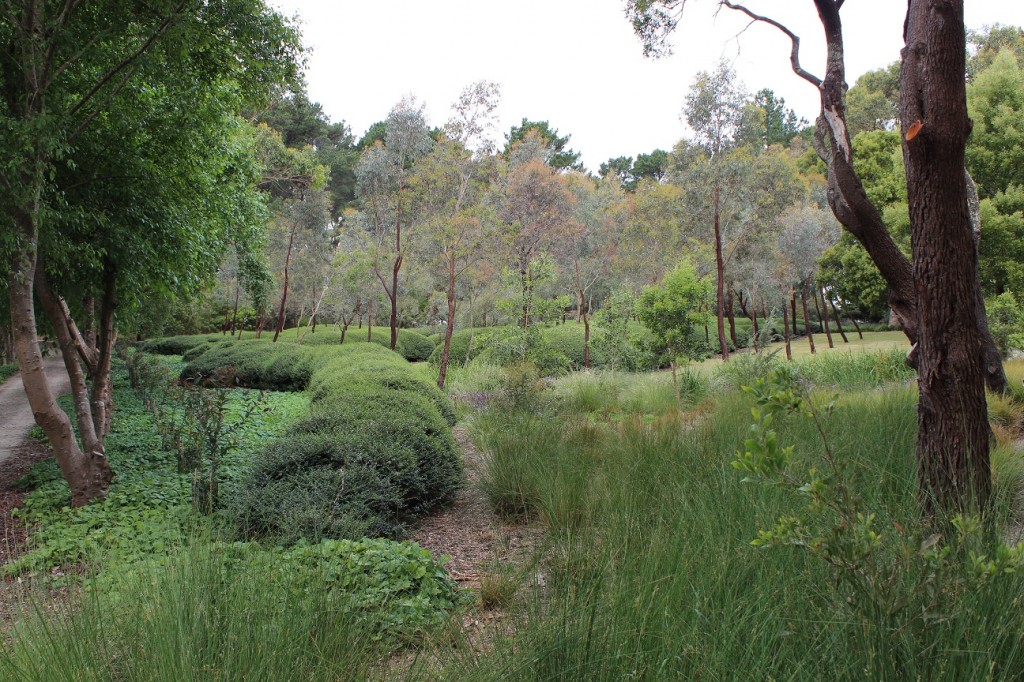